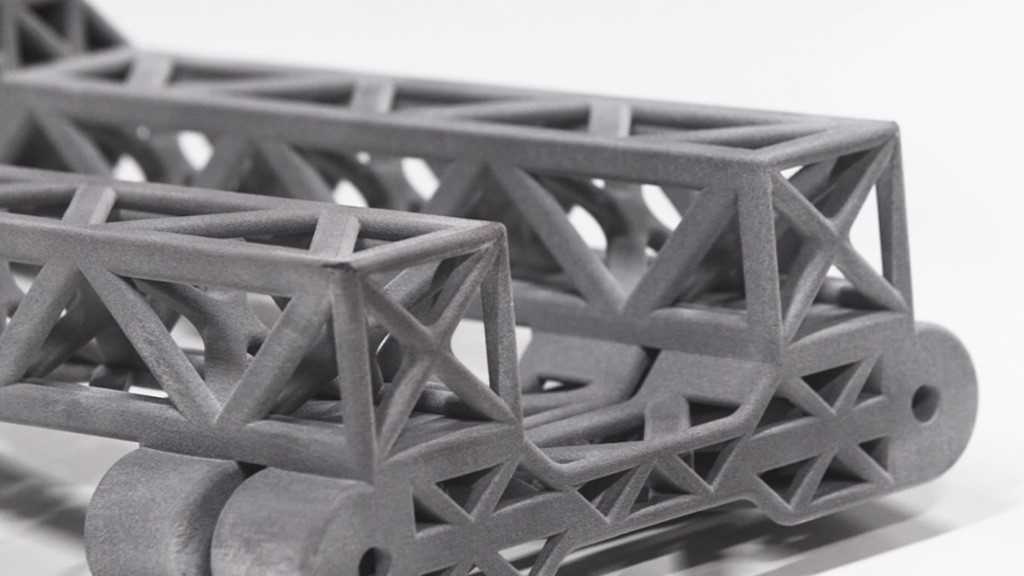 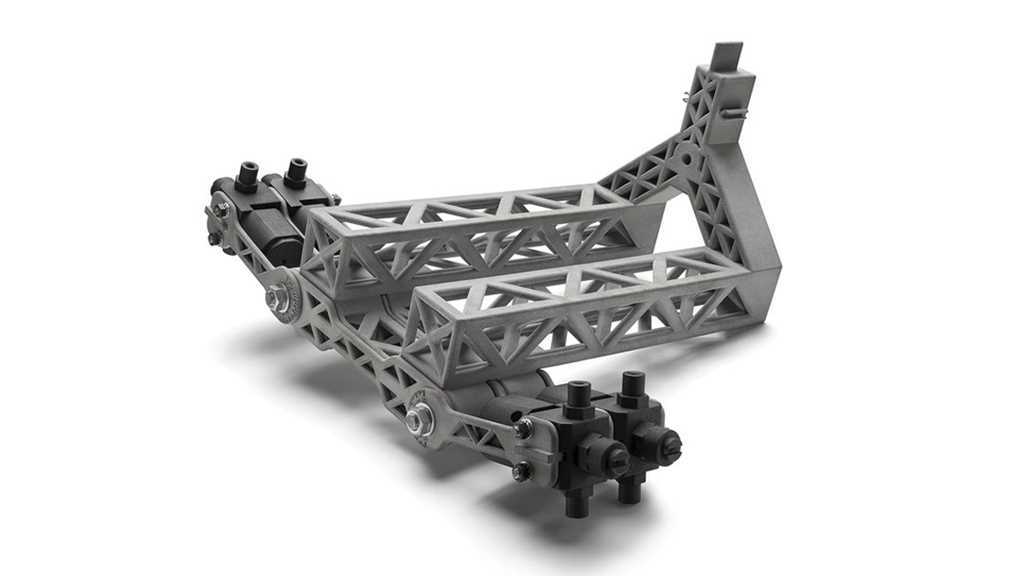 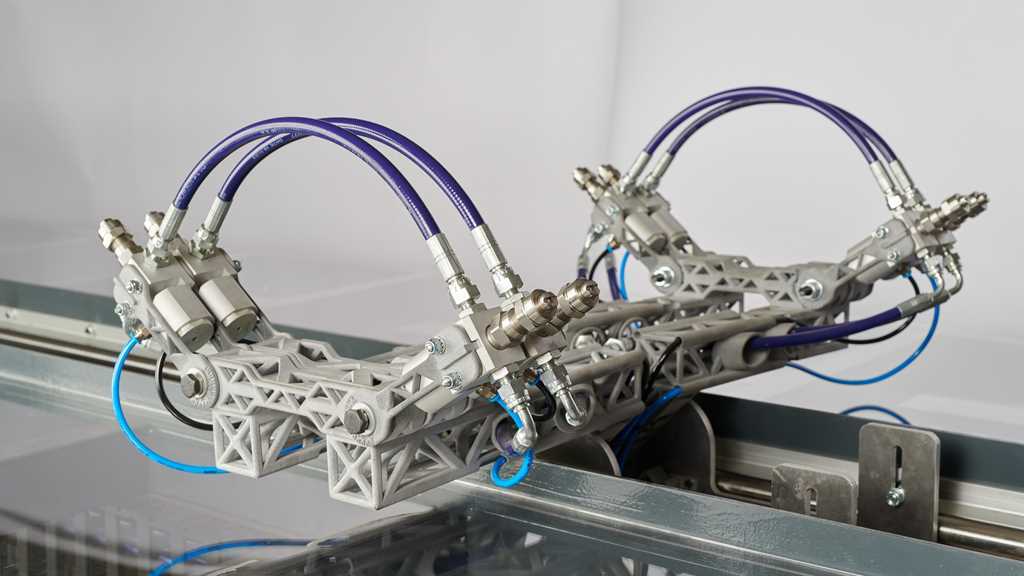 Design and manufacture of paint arm created with complex geometries.
Manufactured in one piece out of PA12, the printed part weights about one kilo, which means that it is 149 times lighter than the traditional paint arm.
The same goes for its measurements, its 300 millimeters has nothing to do with the usual 1,5 meters that a paint arm it replaces.
Its weight implies that it is a very agile part that takes only microseconds to reach its maximum speed and stop.
Its lightness implies that all the systems that are used for the movement of the arm are more compact: the motors, the gearboxes and the frequency controllers are smaller, meaning the whole machine gains agility. In contrast, the pre-existing machines of this type on the market that need at least a meter to accelerate to working speed and another meter to brake.
This happens because one arm has to go from the beginning to the end of the rail. In the project we presented, the arms only move where necessary: it accelerates, brakes and changes direction quickly and precisely.
This is one of the four arms that are incorporated into the daVINCI Painting Line.
4 arms that work independently, instead of two arms that work interconnected, as it happens in traditional machines.
This fact, actually, is equivalent to having two separate paint lines in one, because the arms work separately, while taking up less floor space in the factory.
Having four arms that work independently of each other, implies that the machine is able to paint with more delicacy and precision, using several thin layers of paint, instead of one thick coat.
Blasting nozzles →

This website uses cookies so that we can offer you the best possible user experience. Cookie information is stored in your browser and performs functions such as recognizing you when you return to our website or helping our team to understand which sections of the website you find most interesting and useful.

If you disable this cookie we will not be able to save your preferences. This means that every time you visit this website you will have to activate or deactivate cookies again.

This website uses Google Analytics to collect anonymous information such as the number of visitors to the site, or the most popular pages.

Please enable strictly necessary cookies first so that we can save your preferences!